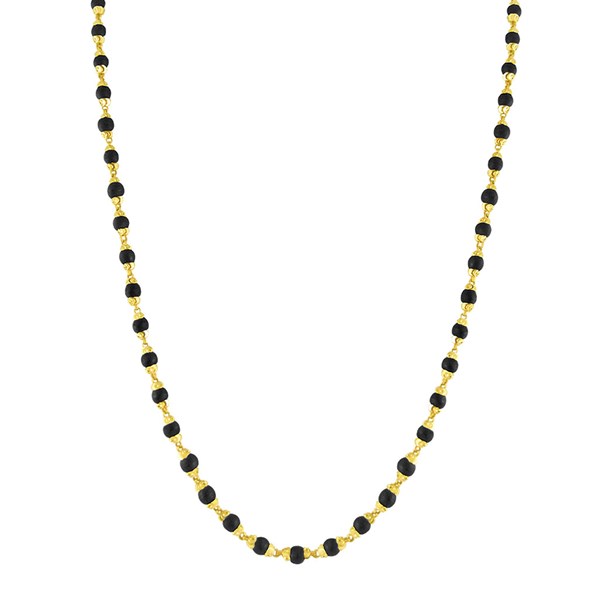 Karimani Mala, the classic beauty among the gold necklaces, is one of the most important types of traditional gold jewellery worn by the married women in South India. In this article, we reveal the history and different designs of this unique piece of traditional jewellery.

The Karimani Mala is South Indian Gold jewellery that has evolved from the traditional Indian gold jewellery Mangalsutra.

The design is not a favourite with youngsters as it is quite long and heavy and doesn’t really go well with regular everyday outfits. To appeal to the design preferences of youngsters, several new gold jewellery designs have been introduced in the Mala including:

The shape, designs and colours of the pendant on the Mala could vary from each other. The modern Karimani Mala gold jewellery design could also include the following.

Short-length Karimani Malas are now available to suit the requirements of modern-day women in India.  The gold jewellery design still has black and gold beads. However, the number of layers in the necklace, the motifs placed along the chain and the design, colour and shape of pendants could vary.